Why fair warning? Because things are going to change a bit around here for the rest of the summer. I’m taking a little break from sewing because I’ve decided I don’t have room for my machine in the camper. And this post is going to have a lot of pictures! There’s your warning. That’s not so bad, really. Could be worse. I could be posting a selfie right now and that would be mean.

It’s been quite the last few weeks!! Crazy town around here! Between doing serious house cleaning (even the windows on the outside of the house!!!!) and food prep for 5 weeks on the road, I had a bunch of sewing that I was determined to do. Here’s a look at what I had on my table just a couple weeks ago.

This picture represents 19 sewing projects that I wanted/needed to accomplish before heading out for the summer. Most of them were part of tests or blog tour items and the bed in a bag underneath the table? That’s a double sized set that I purchased to cut into two for the girls in their camper bunk beds. I’ll show you a picture of the two sets, but you will NOT get a close up of the work. Let’s just say, it’s for the camper. Pretty cute, eh? Wal-mart buy.

Not included on the table was yet another test and 3 other clothing items I decided I needed for our summer trip. So, what does that make it now? 23 projects in 3 weeks. Yup, crazy town! I don’t usually have that much at once.

Normally, this would not be recommended for the sanity of yourself or your family members, but as mentioned, I’m going camping. For a long time. And if I wanted to get any sewing in this summer this was the time to fit it all in. It’s been worth it too! So, I want to share little peeks of what I accomplished.

I got to enjoy my first blog tour and it was for Laela Jeyne. You can see more here where I learned a bit more about sewing for myself in woven (the Lily Top) and the youngest in our family got her new favourite skirt (Rosie Skirt).

Then I won not one, but two contests with my bear outfit which resulted in a nice load of free fabric that showed up in the mail just before leaving and made me look longingly at my sewing room. One of the contests was the Project Run and Play June edition. The whole reason I opened my IG account in the first place! See more about that super cute outfit here. If you haven’t seen already, you’re going to want to check out those pants up close! I promise, it’s worth it. They’re the Wild and Free Lounge Pants by Coffee and Thread. And that sweater I had in my head for weeks and was so happy to finally see “come to life”, so to speak. If you didn’t catch that little funny I just made there, that’s ok. I still love and appreciate you.

Then there was a couple tests that were perfect for an upcoming summer trip. You can read more about them here. What a ride learning how to make a swimsuit on little sleep and very few active brain cells! The Lorelei swimsuit and the Cordelia swim cover. ( I ended up making 2 of each.) 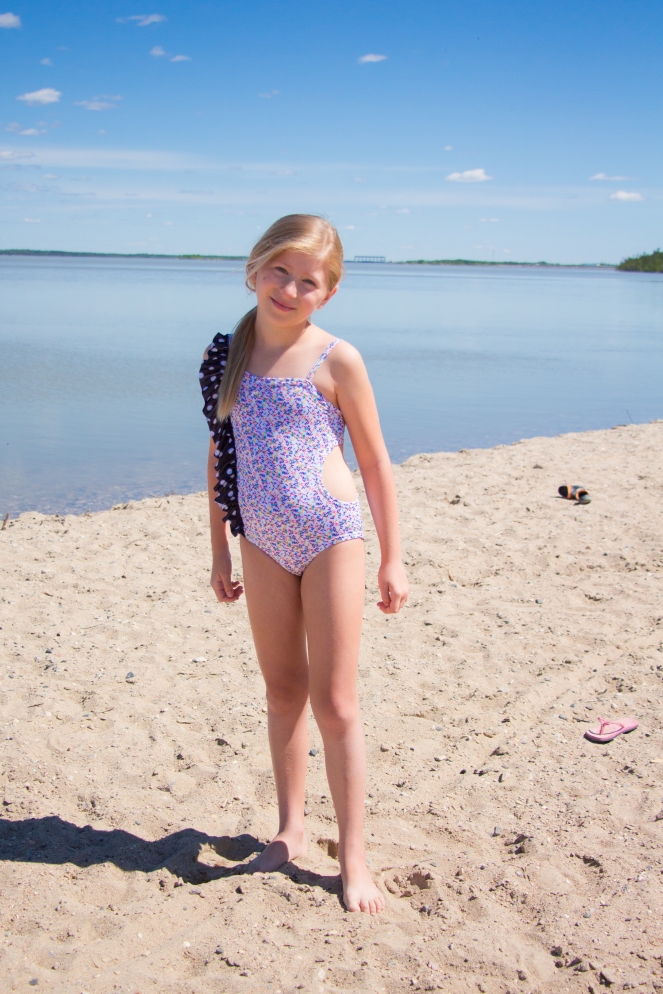 What else? Oh, a couple Emma dresses by Simple Life that I was making for some friends of my youngest. These girls were so excited to do a photo shoot together. Taking pics around the scabs and bug bites was a bit of a test. Look how freaking cute they are though!

I had a pair of shorts cut out that have been sitting in my sewing room for a few months. But they needed a shirt to go with them. So here you have the Lilly shorts by Violette Field Threads and a Symi top by Lil Luxe.

Sitting in the sewing room along with those shorts for who knows how long was this Evelyn top also by Violette Field Threads. Isn’t that dropped/open shoulder pretty? My youngest has now been asking when she gets to have a shirt with the open shoulder. I had to hold myself back from adding that to my list yet too.

Then we have some shorts for myself. Not at all something I would consider for myself normally, but on our upcoming trip we have a possibility of meeting up with some other Simple Life Pattern people and I had this idea of getting all of us moms and girls together in one picture all wearing Simple Life and maybe even all out of Art Gallery fabrics! Wouldn’t that be awesome!? I thought so. That’s potentially 4 moms and 11 girls. Now, my only SLPco/Sew Caroline outfit I have made isn’t in AG fabric so I decided to whip up these Magnolia shorts. If the photo shoot happens, I’m ready!! 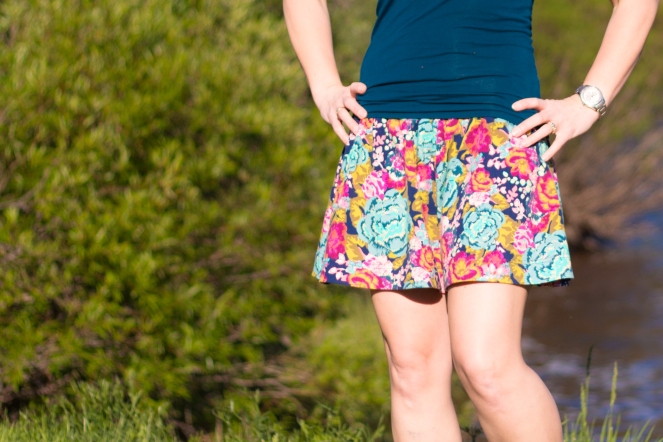 A cardigan! That was also on the table. I wanted this way back when I made the Avenue collection dress for my oldest a few months ago. And I thought it would look cute with a pair of jean shorts too. This one is from Sew Straight and Gather. I think she’s even Canadian too. Not sure where I might have read that.

And finally, while packing for 5 weeks on the road I realized that my oldest doesn’t have any simple jersey dresses to throw on for easy wear. All her summer clothes have been passed on to her sister. At least the vast majority of it. Anyone packing for girls knows that it’s so handy to have dresses because it’s a full outfit in one piece. Doesn’t take up too much space. Thankfully, it’s a pretty simple thing to put together and I had more of this AG fabric that I’ve been saving. Time to put it to use. I made the Emmy tshirt by Laela Jeyne  and simply lengthened it into a dress. She really liked the outfit I did for her sister for the blog tour (above) so this was her own version. 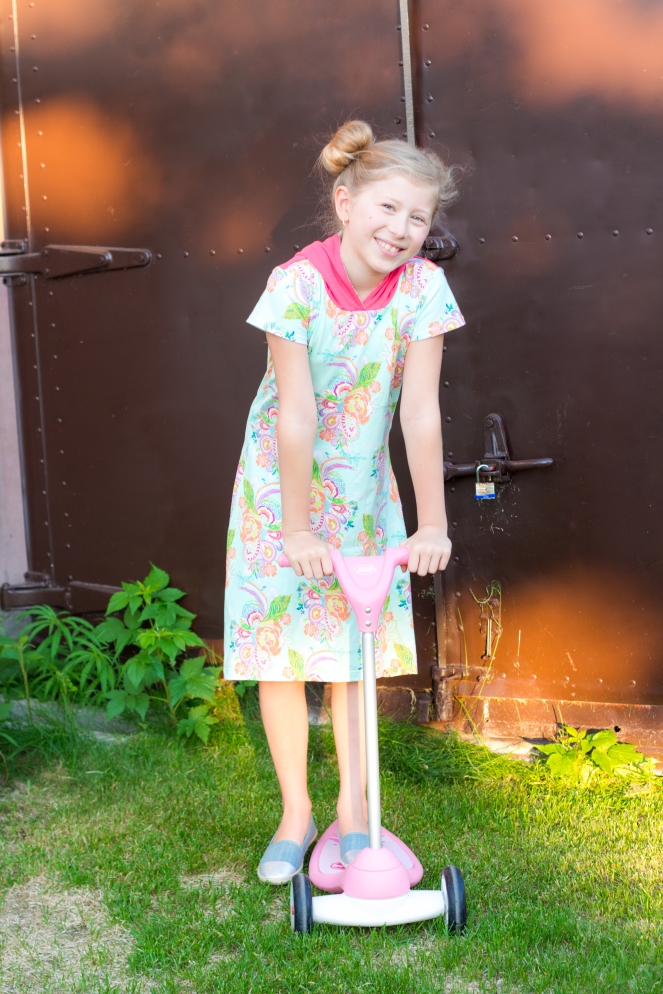 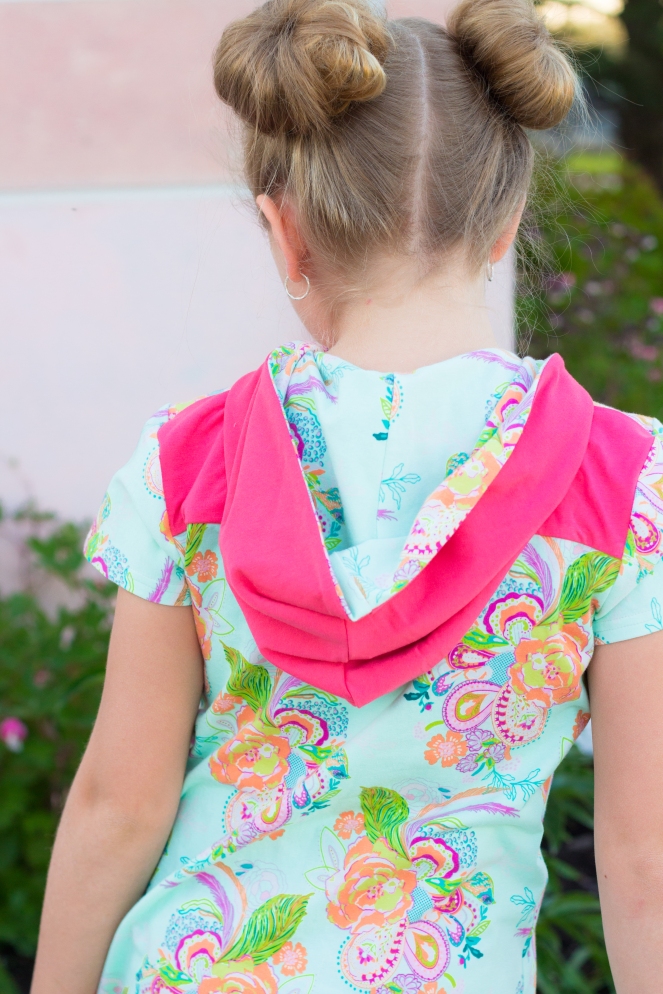 And there you have it. A rundown of what I can do when I want to. Things are going to be a lot different when we get home and school starts. It’ll be back to an organized day with school taking up a bit more of my time again. I WILL have time to sew though. There are a few ideas floating around in my head that I need to see in person. One is a version of the Molly dress by Simple Life/Sew Caroline that I intend to put together. I can’t wait for that one. For now, I did sneak in a quick photo shoot of a dress I made a few years ago. It’s a Burda pattern and you either love those or you hate them. You may have seen my pics on Instagram already. I won’t go into a big story about it. You can read about it on my IG post. I’ll leave you with some pictures of it though because I was so happy with how both the dress and the pictures turned out. Photo cred to my husband who was more than happy to help me out. He may just like this dress too. 🙂 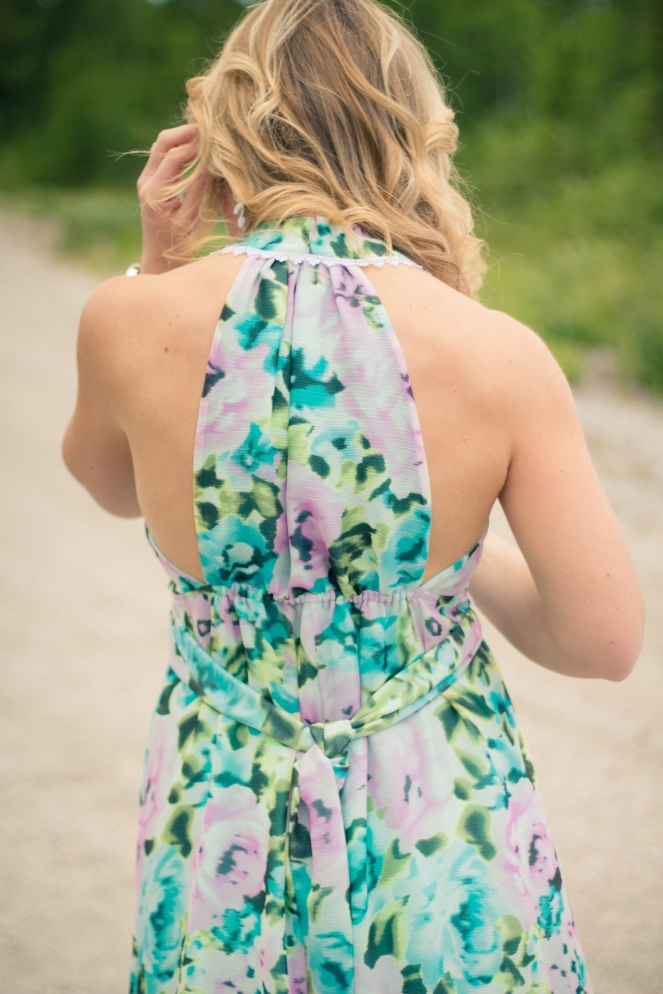 For my camping posts I’ll be writing over at Twinnabago Travels. But I’ll have pics of our travels in my IG as well. For those of you who aren’t much for the camping adventures, just hold on! I’ll be back! There are a few pattern companies that I’m determined to someday do tests for!! And I do have a couple posts waiting here for some releases to be announced!

For those that DO love camping check this post out for a Black Bean Tortilla recipe and to hear about how I’ve pitched out the idea to my husband to do strict budget camping. Yikes! Even if you read just the first paragraph you might get a little laugh. Of course, we’d  love for you to sign up to follow our adventures as we go. Here’s hoping we’ll have enough internet along the way to put some posts out.

Though this is simply a run down of my projects, some links are affiliate which only means that if you purchase using those links I get a bit of reward for sharing those patterns with you.

Is that really the title of this post?  Yes.  Yes it is.  I put that down, assuming something more cleaver would come to me by the time I was done.  And yet, here we are…. TRISH: We were now really ‘booking it’ to head west again.  Chicago was the last stop we had specific plans […]